Who Is James Bond?

The latest Bond flm is an enormous box ofiec (票房) hit. But who is James Bond? Where does he come from? Author lan Fleming, the creator of James Bond, told us something about the origins of the world's most famous secret agent.

In the first Bond novel, lan Fleming told us that James Bond was the son of a Scottish father and an Asian mother. But perhaps this was not really true. The title of the 19th Bond film,“The World Is Not Enough," was based on the Latin motto of the Bond famil, which is mentioned in one of the early novels. However, it now appears that the motto is not that of the Scottish Bonds, but that of a dfferent Bond famil, who came from England. So perhaps Bond is English, not Scottish.

Bond went to Eton College, the same school as his creator lan Fleming. This is a school where young people learn how to move in high society, like Bond does so well.

After leaving school, Bond did not go to university. He joined the British Secret Service. He soon got promoted to the top. From then on he was 007, "Iicensed to kll", and so began a career which would take him to all the cormers of the earth.

In the early days, Bond's role was quite clear. He was working for the West. His main Cold War, the role of the Service has changed, and Bond's job profile has changed with it. Now his main enemies are the big bosses of organized crime and intermational terrorism.

Unlike the Cold War, organized crime is unlikely to come to an end. We can therefore be sure that James Bond, the best-known English fictional hero of the 20th century, has many more adventures ahead of him.

1. The new Bond film made much money for its producer.

4. Bond is unable to move in high society.

5. Bond went to university before he became a secret agent.

7. Bond went to many parts of the world because of his job.

8. Bond fought against many dangerous organizations.

9. We can expect more adventurous stories about Bond.

10. This text tlls about the personality of James Bond.

Gestures for victory, defeat and stress are almost the same in all countries.

On the front page of a newspaper we often see the picture of people holding their head in shock. People put their hands on their head or over their mouth when they look on a scene with shock or horror.

Chris Ulrich is an expert on body language. He said that covering your mouth or putting your hands on your head helps make you feel safer from a perceived threat. By covering part of your face you can feel hidden from the shocking event. Aditinally these reactions can help a person comnfort himself through touch. Urich said it is a self comforing gesture to help people in the moment.

In times of strong anxiety, people will twist their hands to calm themselves. Ulrich said it is a reaction people often have when they are in font of an audience or nervous.“I's a comfort for them that they'll get through it," said UIrich. He relates that gesture to a parent trying to calm a child.

Most athletes react to victories or defeats with specific behaviors. A 2008 study examined pictures of judo (柔道) competitors during the 2008 Olympic Games. They were from different countries, but they showed similar behaviors when they won a match. The winners would throw their head back or raise their hands in triumph. Ulrich said these victory behaviors are a way winners“explode" out and take up more space.

However, if an athlete suffers a loss, he will act in a way that makes him physically smaller, such as hanging his head.“When you lose, you want to disappear," said UIrich. The study also found that the judo competitors had the same behavior when they lost.

11. People put their hands over their mouth to

A. avoid a danger

12. People tend to twist their hands when they are,

14. Judo winners often act in a way that makes them

A. raise their arms

B. lower their heads

D. sit on their knees

➊More than 145 million Americans take walking as part of their exercise, according to a recent report. That's 15 million more people walking than last year. Many places in America have reported an increase in walking. But most of the walkers are found in big cities like New York.

❷Despite the increase in walking, only about 30% of Americans say they have at least 3 hours to take exercise a week. Our society has been conditioned to be inactive. People rely on modern conveniences and become lazy. The inactive lifestyle has a negative aspect. We are more likely to be in poor health like overweight, which will threaten our life span. That's where walking comes in.

❸Walking is the best way to improve our health. Just 30 minutes of regular quick walking can help lose weight. At the same time, it can help lower the risk of heart disease and some cancers, and improve our blood pressure. If 30 minutes is too much, we may pide it into three 10-minute parts during the day. Most of us can find 10 minutes if we really try.

❹Walking requires only a pair of shoes and suits any schedules. Keep a pair of sport shoes at work. If you have a few minutes of free time, make use of them to take a quick walk. Even if you go to a health cluh several times a week. you can still look for wavs to be active while

❺Small efforts can make a big difference. But the hardest part for us is getting started. It's usually like this. When people get to a comfort level of walking for 10 minutes, they might think about trying 11 minutes. That first step is really worthy.

A. The key to alking is getting started.

B. Walking is the first step to making changes.

C. The advantage of walking is its simplicity.

D. Walking is a great way for health improvement

E. More Americans take up walking than before.

21. Reports say that the walkers are mostly from,

22. Many diseases are largely caused by__

23. We can keep healthy by taking.

24. We can take a quick walk downstairs for,

C. we may like to try a longer one

Africa is the second largest continent on Earth. It is about 8,000 kilometers long from north to south. It can be pided into three major regions: northerm Africa, central Africa, and southern Africa._ 26 Africa is separated from Europe by the Mediterranean Sea (地中海). It is connected to Asia in the east. For this reason, it has been easy for people from Europe, Asia and other areas to come to North Africa._ 27 Most of North Africa is covered by the Sahara Desert._ 28 There is little rainfall here. The few people who live in the desert live in oases (绿洲). The valley of the Nile River forms one of the oases that stretch across the desert in the east.

Many North African nations have a very important resource. They have large deposits of petroleum._ 29 In return, these nations receive a lot of money. They are spending some of this money to make life better for their people.

Egypt is an important nation in North Africa._ 30_ It has served as a bridge between Africa and Asia. People from many nations have passed through Egypt. Today, it controls the Suez Canal. The canal connects the Mediterranean Sea and the Red Sea. It is important for ships traveling between nations in Europe and Asia.

A. It has always been a great barrier to people traveling south.

B. This oil is shipped to many parts of the world.

C. Each region has its special geography and history.

D. Asia is much larger than Europe.

E. All these people have left their influence there.

Lots of people don't dare to make mistakes. They fear that they will be blamed by others or lose their money and_ 31 。 Therefore, they are under a lot of stress. But risks are unavoidable and they do_ 32 the way towards success. Have you ever heard of someone who achieves success without making any mistakes?

So it is_ 33 _ that making mistakes in your effort to realize your__ 34 is considered a must. You shouldn't worry about making mistakes as you may get a lot of_ 35 from them. By making mistakes you can_ 36 between the correct and the_ 37 things you did. Anthony D' Angelo said,“In order to succeed you must fail, so that you know what to do the next time." Robert Stevenson even went to the 38 as to say,“Our business in life is not to succeed, but to continue to_ 39 in good spirits." You needn't worry about anything as long as you keep on going by_ 40 learning from your mistakes and trying even harder.

The sound of cow bells ringing across Interlaken's grassland is comforting (comfort). Climbing up the nearby mountains is also_ 41 (enjoy). So is sking down them. The town of Interlaken is_ 42_ (locate) in a beautiful setting between two lakes. It is also close to the_ 43 (mountain) villages. The outdoor possibilities are__ 44 (end) around Interlaken in summer and winter. They range from sailing, skiing, to climbing or just 45 (relax) in a pool. People can enjoy boating in the summer. They can also take 46 (please) in sking in the winter. This place is a perfect choice for people if they like ice climbing or_ 47_ (roll) down a hill inside a ball. It meets_ 48 (near)everyone's needs.

Foreigners are not alowed to buy_ 49 (house) in Interlaken. But they can buy onein nearby villages. Many_ 50 (retire) people consider Interlaken a great place to settlearound. 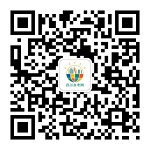